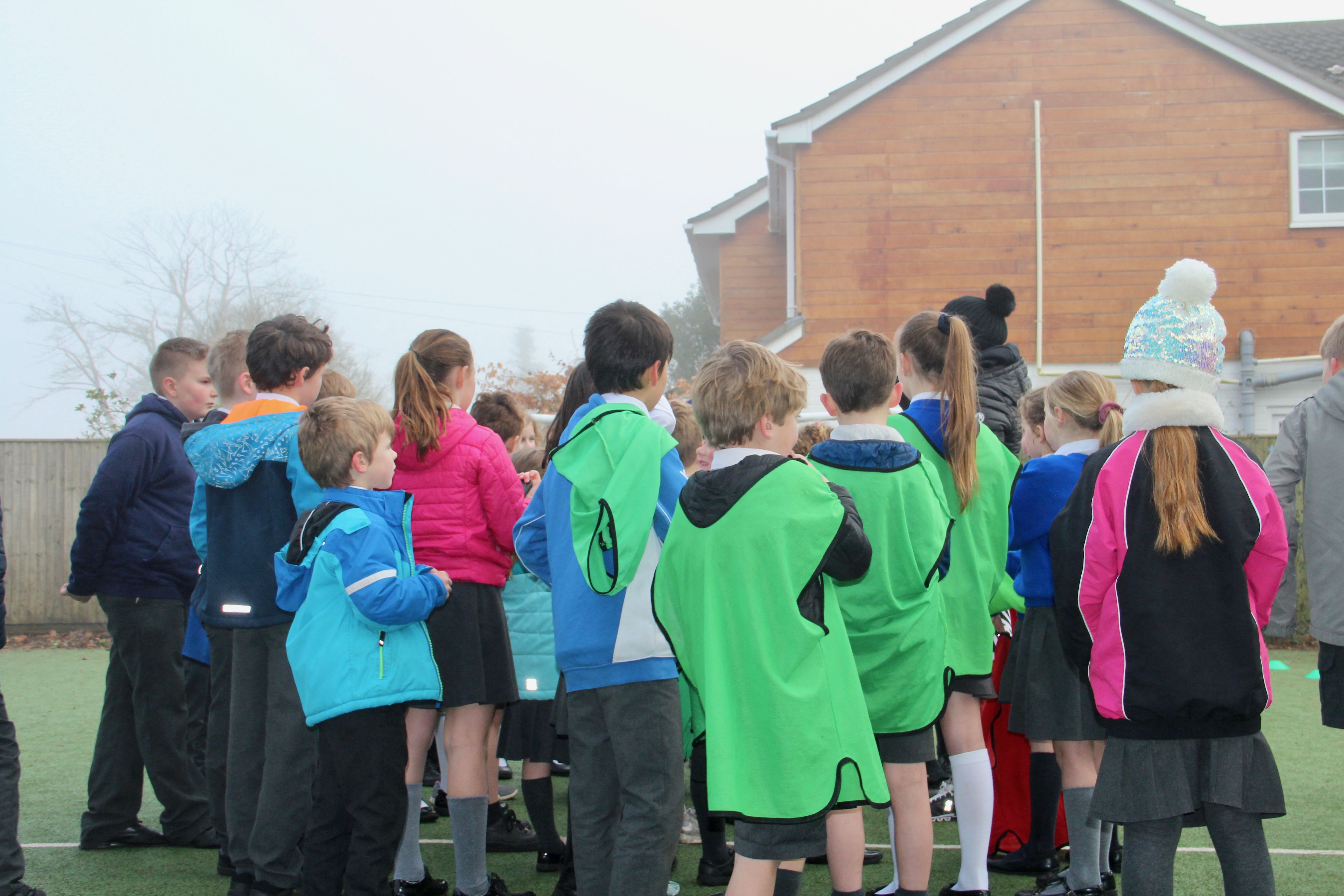 Another fantastic half term for the Sports Ambassadors! They have been working hard planning and delivering their sessions to pupils in Reception through to Year 3 on Tuesdays. They are growing in confidence when working with their groups and starting to recognise how to adjust what they have planned to make it easier or more challenging. They have been focusing on Teamwork and Self Belief with their groups trying to develop confidence, communication and cooperation.

Thursday lunchtimes have seen 34 pupils, boys and girls from KS1 and 2 come together to form teams for a benchball league. The 4 teams played in a round robin competition, playing 1 game a week. Each game was officiated by the Sports Ambassadors. They also kept time, score and organised the pitches and bibbing up the teams. Scores and the leagues table were posted on the PE cupboard each week. Sports Ambassadors also carried out interviews and took photos and videos of the games.

The competition was very exciting with some fantastic team play demonstrated with KS1 and 2 pupils cooperating extremely well together. There was a huge amount of motivation and positivity given to the younger players and self-belief amongst the majority of players grew over the weeks. For some of the older players they relished in the responsibility of captaining their team which was lovely to see.

Congratulations to all those who took part, you all played an important role in your teams. Results were as follows;